Hit the Million Dollar Mark at Your Pizzeria 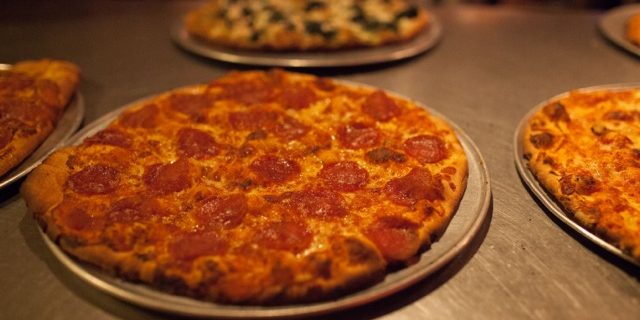 How long does it take your pizzeria to make a million dollars? Has it ever? What if you could achieve the million-dollar mark in a matter of months by simply training your staff to be enthusiastic about the place they work and the food they’re serving?

This week I spoke with Roger Beaudoin, who runs Restaurant Rockstars. Roger began his career almost 20 years ago, new to the pizza world, and with no experience. His turning point came when he was traveling across country and stopped at a wood-burning pizzeria in New Hampshire. He asked his server for a pizza recommendation and she told him, “I can’t recommend anything to you because I don’t eat here; it’s too expensive.” Such a simple comment, but one that could ruin a business when told to enough people. “That scared me when I heard it,” says Beaudoin. “I never wanted that to happen in my business.”

Beaudoin has been promoting staff training since his first day in the restaurant business and never looked back. He recently sold his seasonal restaurant (open only four months per year), which was making more than $1 million each season, to one of his employees. He says he owes it all to treating every table as a series of opportunities. “You have to maximize those opportunities, or you’re losing money,” says Beaudoin.
So what’s the secret to building a million dollar business? Beaudoin says that there’s nothing more important than being PROACTIVE and training your staff. “Too many owners and managers are busy being reactive instead of proactive,” he says. “They spend their day putting out fires instead of using that time for short pre-shift meetings each day and formal trainings every two to three weeks.”

Here are a few quick takeaways from the

program that you can start using today.

What’s your game plan for turning your staff into sales stars and reaching the million dollar mark?